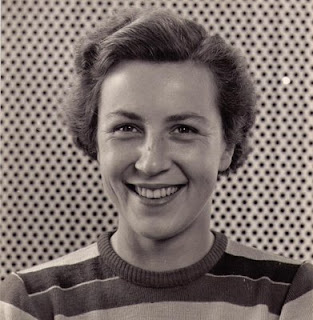 My mother Lita(Margret) von Schulmann, born Baroness Margarita Ester von Dellingshausen (impressive name, not that she ever chose to live her life like some stuck up aristocrat) was born March 23 1929 in Tallinn Estonia, she died Sunday January 11th at the Delta hospital. A few weeks ago she was still active and hosting all the family at her home in Tsawwassen for dinner. Her diagnosis and death from cancer came quickly, she dreaded the idea of a long and lingering death.

Lita suffered from polio when she three and this left her with a lame leg for the rest of her life. She spent her life making sure everyone knew that she could do anything anyone else did. She refused to let anything stand in her way of doing and achieving what she wanted.

What she did in her life was enough to fill several lives, the list of stories would fill pages on my blog, one small story is her trip to Sweden shortly after the war. Lita wanted to go on a summer holiday to Sweden but the problem was that Germans at the time could not get passports. She dealt with this by getting herself declared a refugee so she could get a Nansen passport and travel. I will add stories here over time and some her pictures.

Lita arrived in Canada in the fall of 1952 not only without money, but owing for the trip across the Atlantic. She arrived in Canada with nothing but her strong will to succeed. She emigrated in part because people told her that she would not be welcome as a 'cripple'. Her goal was New Zealand, but she stopped on New Year's Eve in Vancouver in 1952 and stayed there for the rest of her life.

Lita was a popular woman, seven men proposed to her but none of them succeeded. At a 1952 to 53 New Years Eve party held by some friends in Vancouver, Lita met up with Axel. Lita was looking for a strong and intelligent man and found that in Axel. They married in April of 1954 and were happily married for the next 49 years until Axel died in 2003. 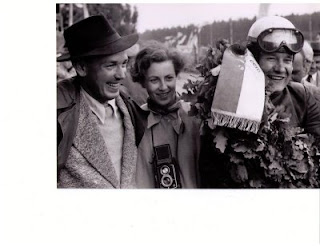 Lita and Axel had three kids, Beatrice, Bernard and Nik and nine grandchildren that she loved. Lita was an inspiration and amazing support for her children. She took pride in them doing what made them happy. She was consistent and fair with her kids but always had very high expectations of them – she never expected of us anything but what she expected from herself. She believed we could do anything we set out to do.

Lita loved travel and adventure. She caught the bug after she first flew in an airplane at age seven going from Tallinn to Stockholm. She had been to more than 30 countries on four continents, nine of ten of provinces and 40 of 50 states. There was almost not a single highway, road or back road in BC that she had not driven. She wanted to explore every place there was on the globe and refused to miss a single episode of the Amazing Race. 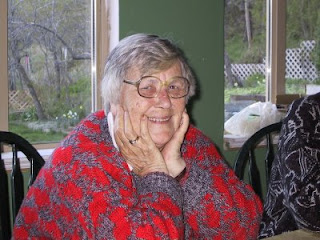 Lita never admitted to being smart, but there are few people out there that knew as much as she did about everything. She loved bridge at a competitive level and could play blackjack in Reno and make money at it. She devoured books year in and year out with her bedroom light rarely being out before one in the morning.

Lita resisted every mobility aid until it could not be avoided as she did not want to become dependent on the aids, at the same time she thought ahead about what her lame leg would mean. In 1966 Lita and Axel bought the house in Tsawwassen because it was one Lita could live in as her mobility decreased over time. By the late 1990s their long term thinking meant Lita could continue to live in the house, the house she lived in until she was taken on a stretcher to the hospital where she died a few days later.

We will all miss her but we will have the memories of this extraordinary and determined strong woman.

I am looking for anyone related to Baron Nicolas von Dellingshausen. Even though he was not my grandfather, he was the only one I knew as a grandfather. He was married to my grandmother Maria Petrovna Yanoff from St. Petersburg, Russia. They meet in Russia and reunited somewhere in Asia after my grandmother fled the Russian Revolution. Do you have any clues, can you help me locate, or are you related to him.
Thank you.
Claire Marie Divoff

I can help you, drop me a line at bernard at shama.ca