Family Silver is a concept referring to the remains of what a family haves, in my case in my family we actually have family silver though very little remaining.

Two pieces have belonged to me since I have been a baby, a pitcher and a shot glass.   With my parents death what was left was divided between Nik, Beatrice and myself.

The family silver I have is: 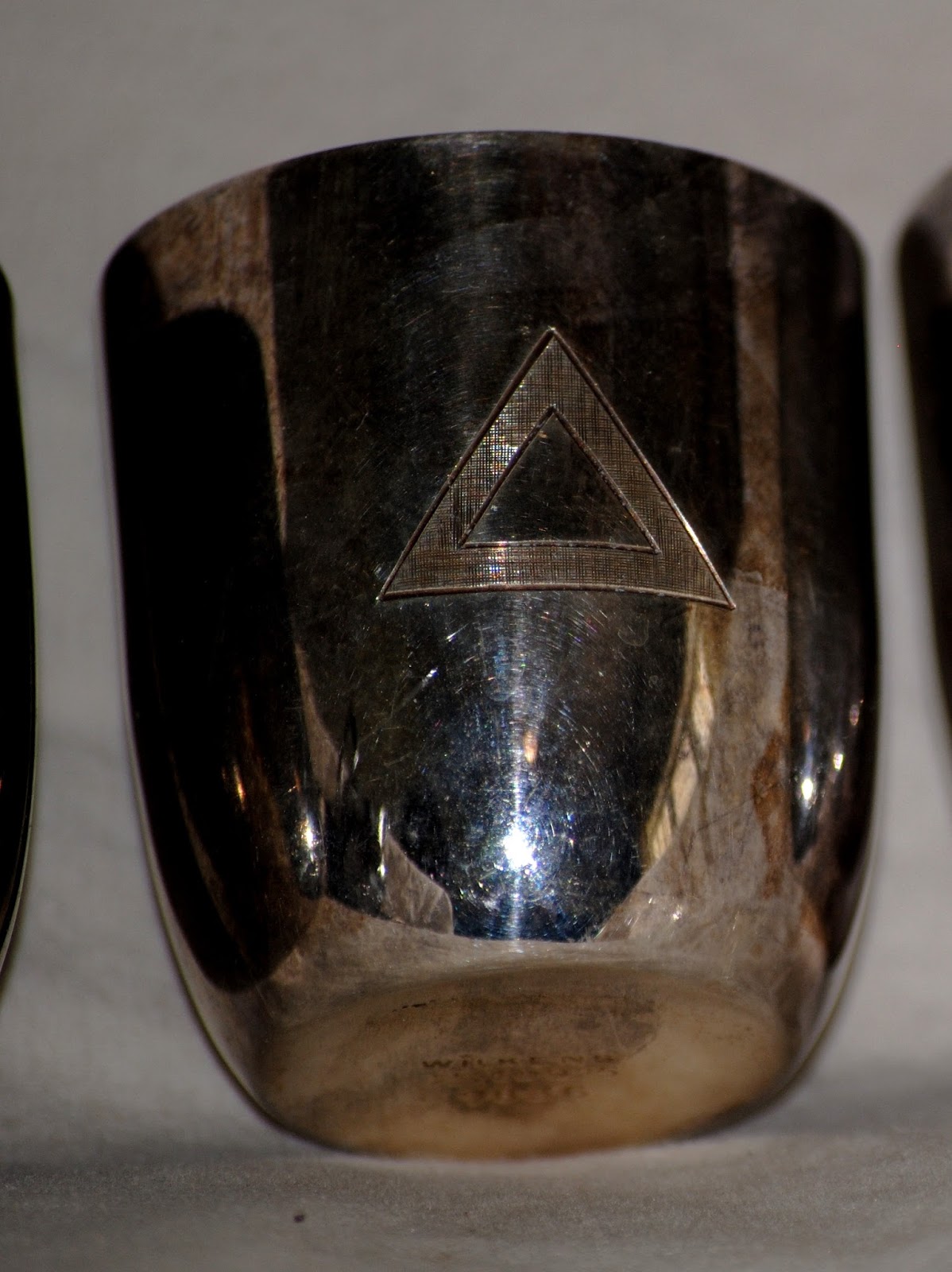 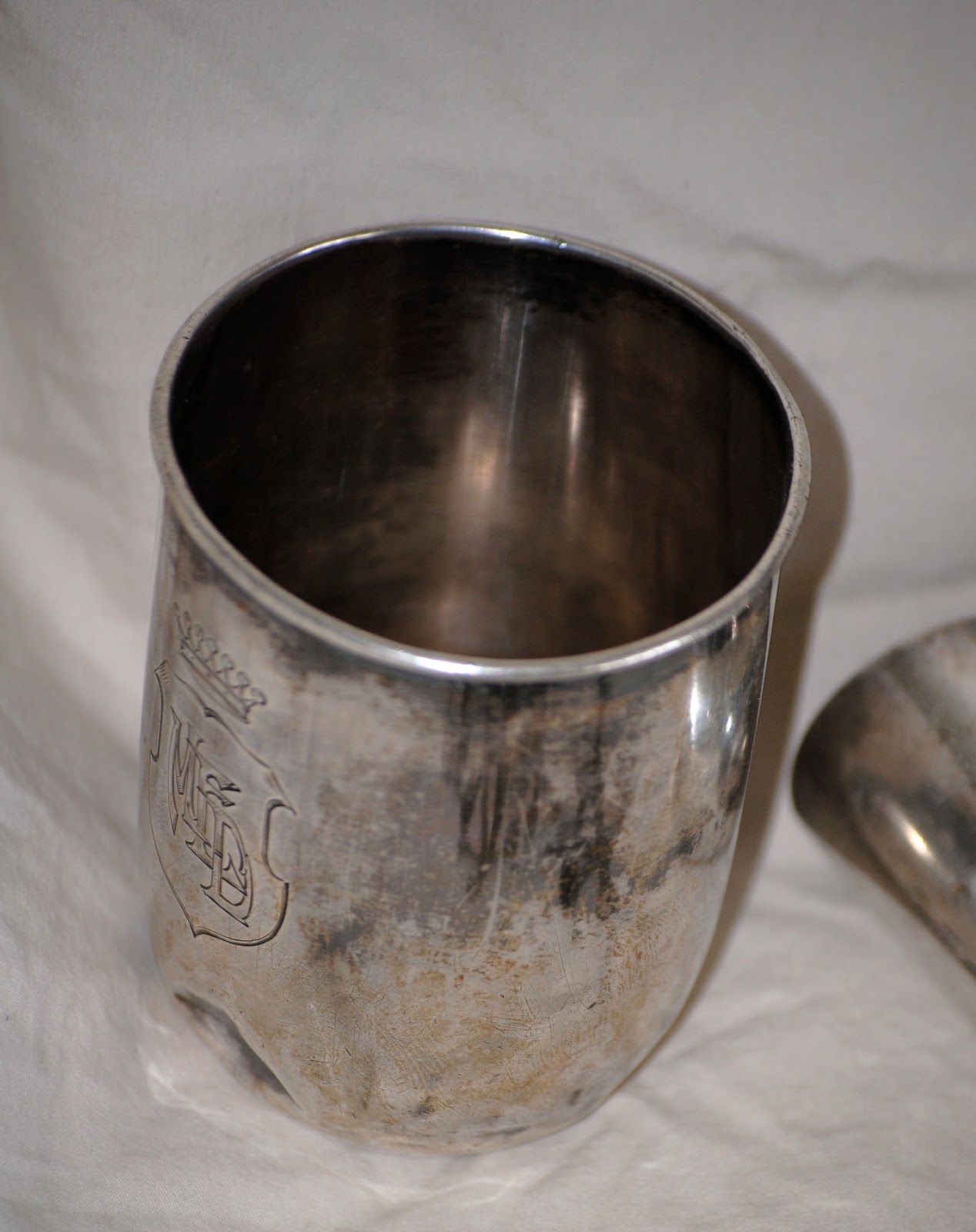 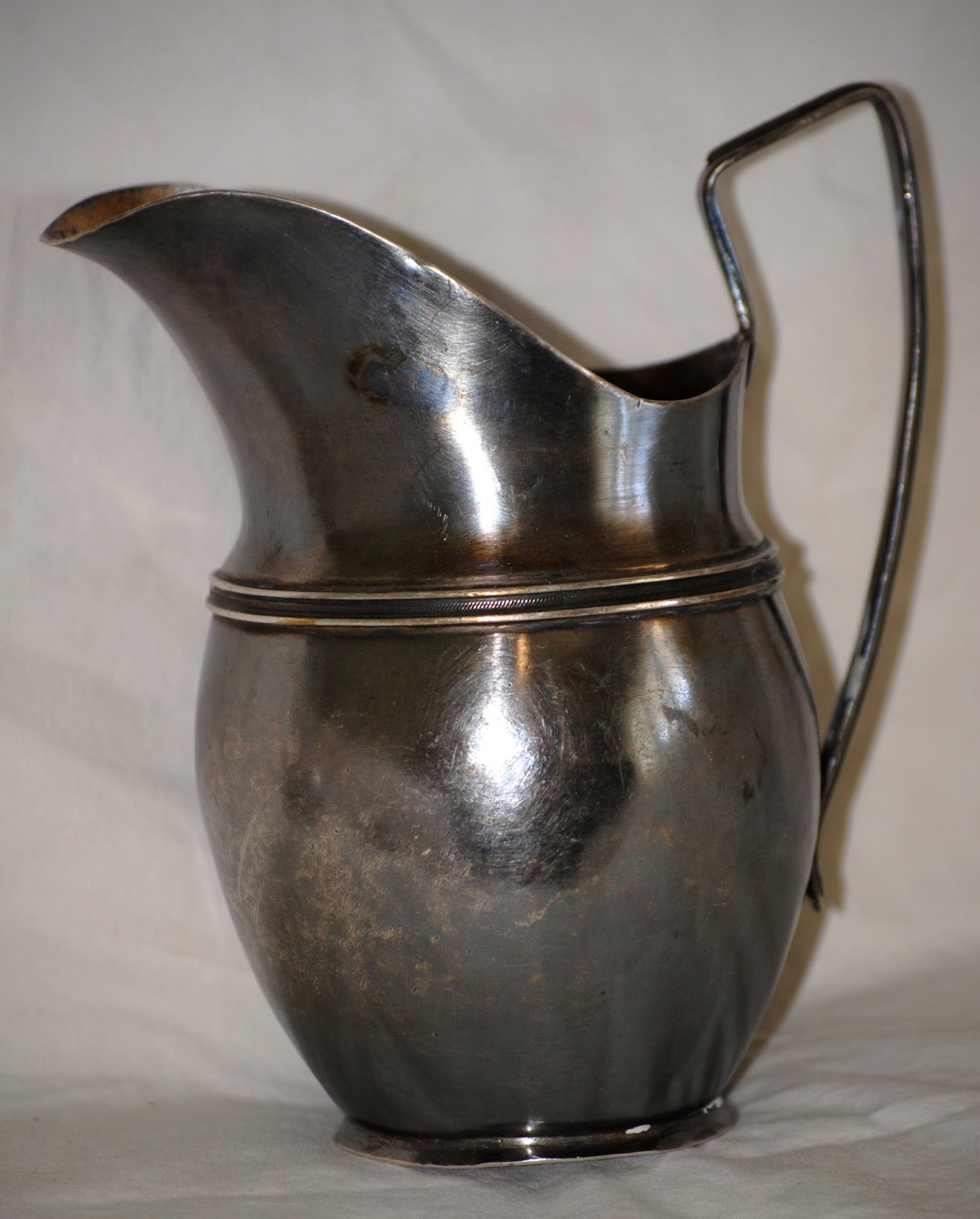 The single most important piece to me is this pitcher.  I was made in the mid 19th century and was originally a piece of von Grünewaldt silver.   In about 1864 the family home was broken into and all the family silver was stolen but the robber was seen by my great grandmother Ebba.   Her description helped the police find the robbers but all the silver other than this one piece were melted down.

At the end of World War 2 it was still in the possession of my great grandmother as she was transported by the Soviets to a labour camp in Siberia with her daughter Beate and granddaughter Sabine.   Ebba died on the way to the labour camp and Beate shortly after arriving.  Somehow Sabine managed to keep a hold of this pitcher through her 12 years in the labout camp.    She says it is because it was so tarnished and beat up that no one thought it was silver.   When she was released from the Soviet Union she managed to bring it out with her.

Sabine gave it to me for my baptism.

In 1994 our home in Vancouver was broken into and all CDs, thestereo equipment and some of Catherines jewelry had been stolen.  I thought this pitcher had been stolen as well because it was missing.   I told Sabine that I thought it had been stolen, she said that it would turn up.  Some months later I found it when I went to clean out behind the fridge. 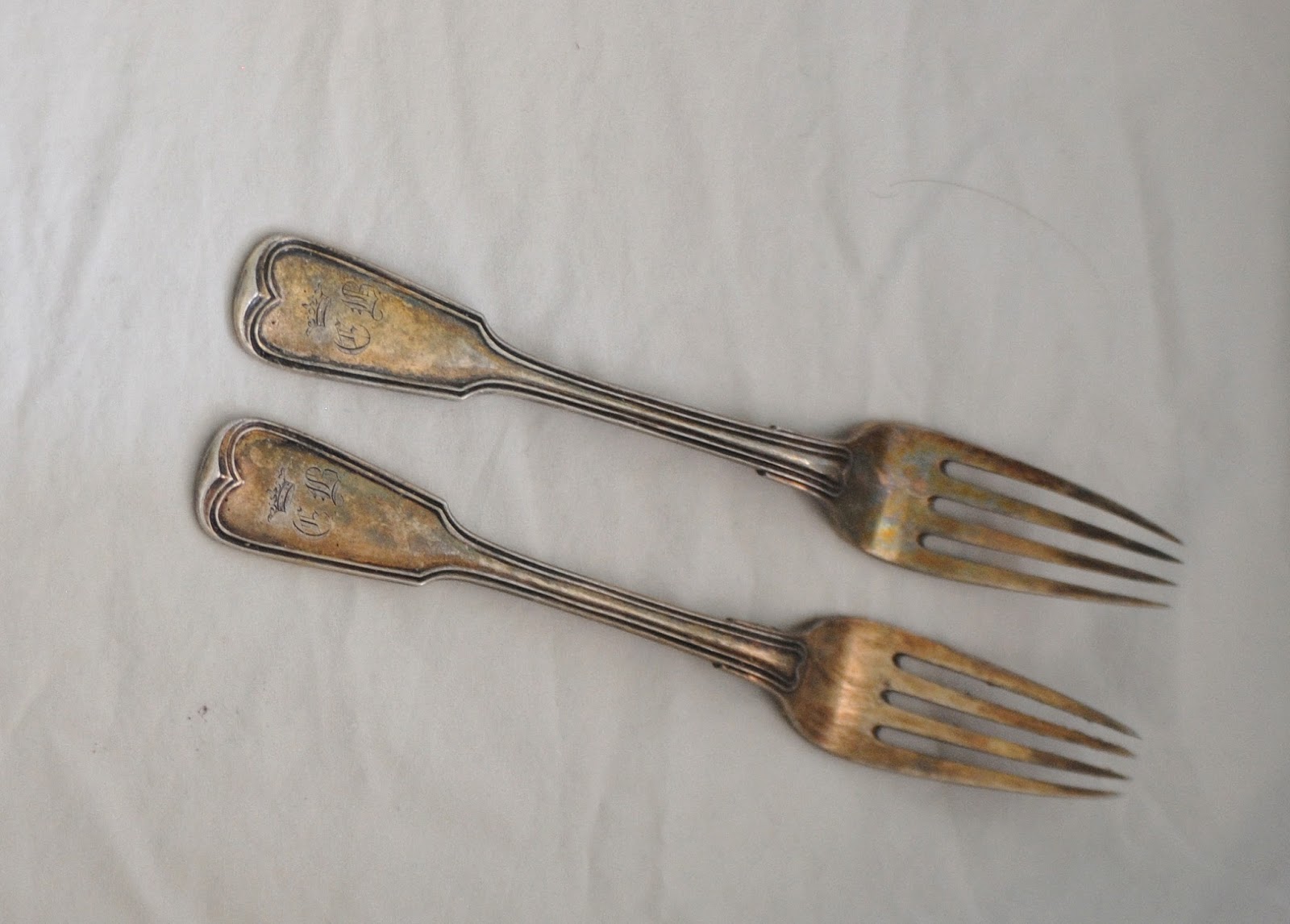 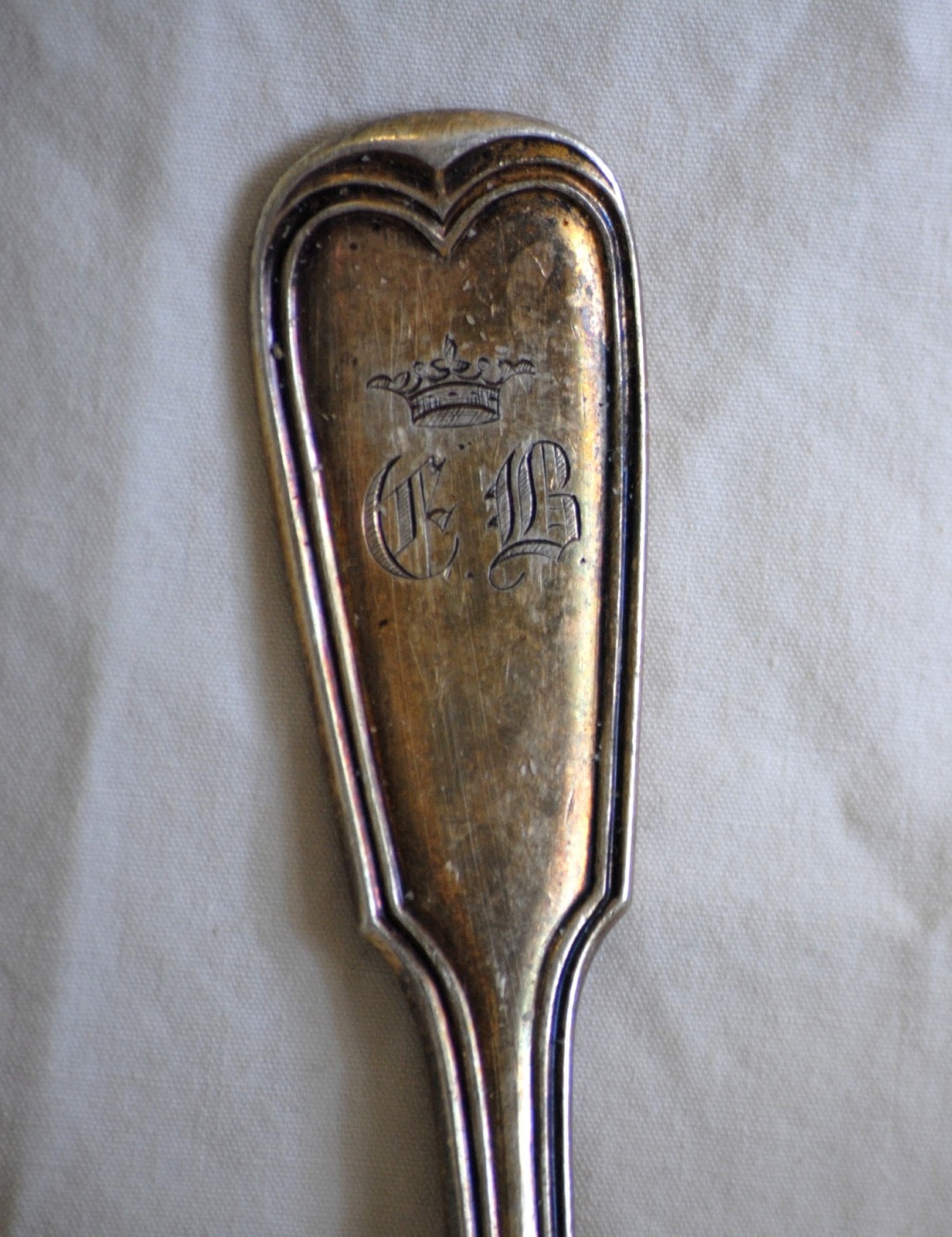 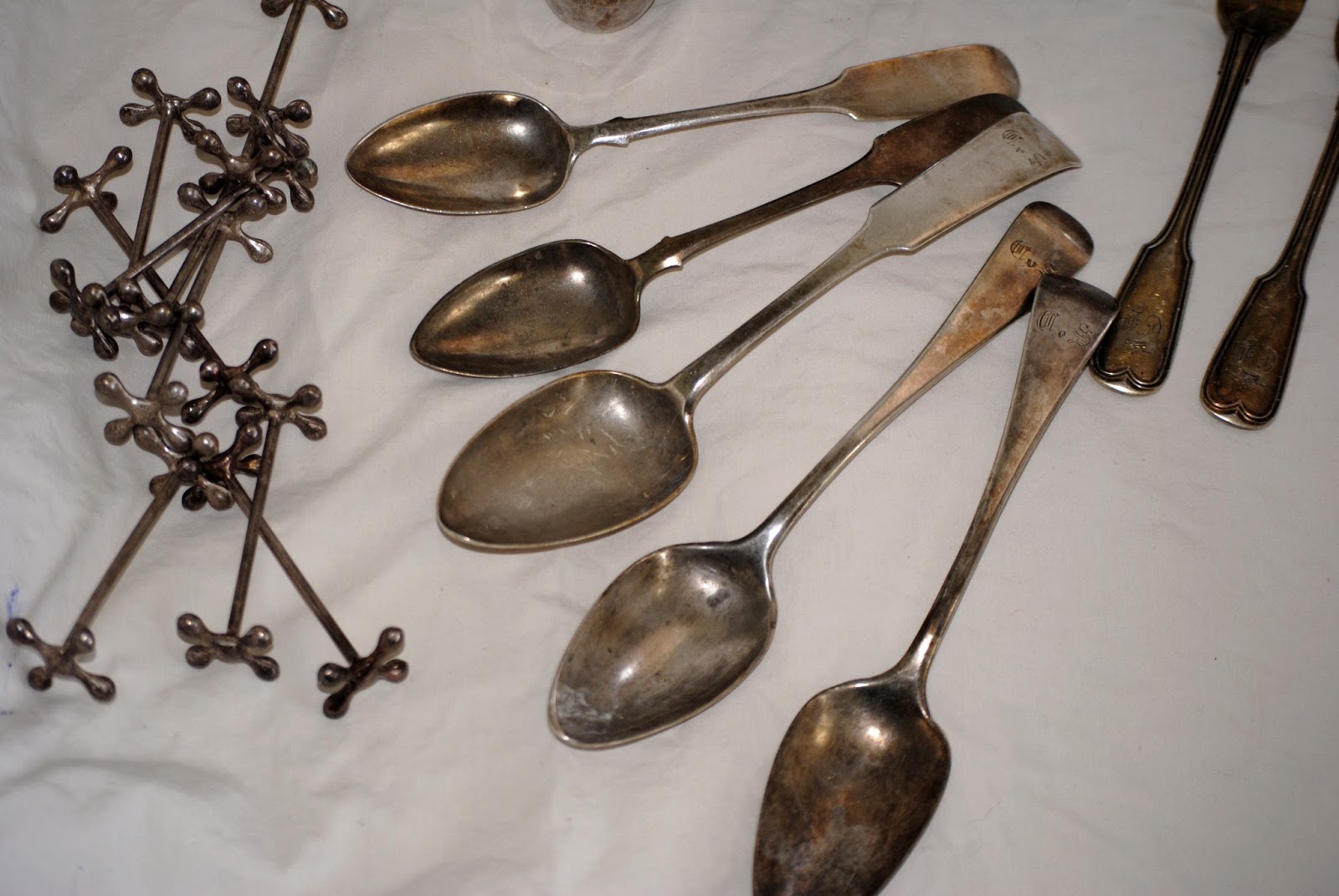 In theory there are a couple of other pieces of silver I should have in my possession, a soup tureen, a couple of candlesticks and some more spoons.   I saw them once when I was nine years old and in Sweden.   Long story, they were in the hands of a distant Schulmann cousin and were supposed to come to me.   My father and this cousin had some issues with each other and my father wanted me to assert my right to the silver which made me unconfortable .  When years later I came into contact with this cousin via one of the Finish branch of Schulmanns the message that came back from him almost immediately was that his home had bee broken into the week before the silver had all been stolen.