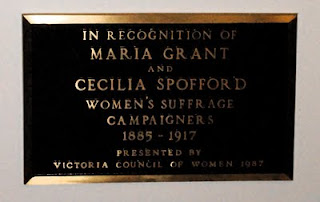 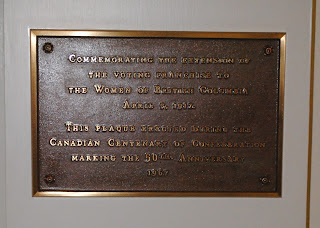 In the BC Legislature there are a number of memorial plaques and such.  I was in taking a tour the other day with Stephen and I took a picture so some of them and though I would post them here.

Maria Grant was elected as the first female school trustee in March of 1895.  She worked hard for the franchise along with her friend Cecilia Spofford.  They were also both active in the temperance movement and the Methodist and Baptist churches.  It seems the Womens Christian Temperance Union spawned the first womens' activist group in the form of the Victoria Local Council of Women.

Women would first vote in school board elections if they were mothers in 1884 and were allowed to run in 1889 but had they right removed in 1892 only to be returned for 1895.

Women came close to winning the vote in 1899 and finally achieved it on April 5th 1917. 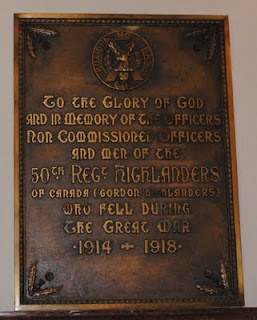 The 50th Regiment Gordon Highlanders were formed in Victoria in 1913 by school teacher, and later Canadian Corps General, Arthur Currie.
The next memorial is for the 16th Battalion (Canadian Scottish) Canadian Expeditionary Force in World War One and the 1st Battalion Canadian Scottish Regiment in World War Two.
They still exist as a militia regiment based on Vancouver Island. 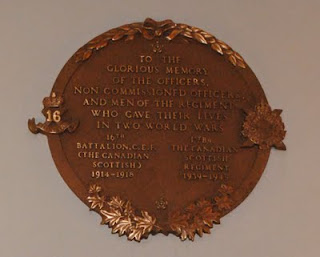 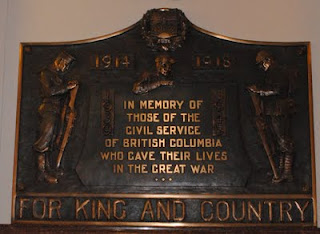 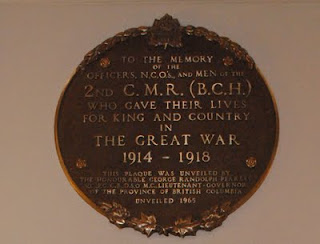 The 2nd Canadian Mounted Rifles was also a Victoria based unit in World War One. 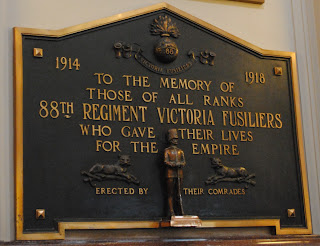 The 7th Battalion of the First BC Regiment was formed in August 1914 in Vancouver. 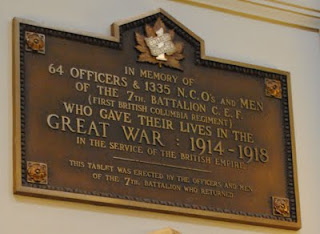 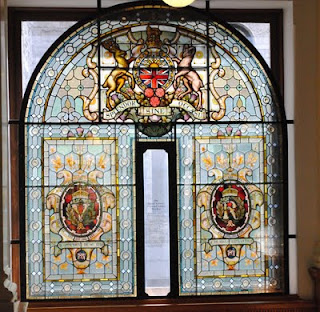 Finally is a window, the Queen Victoria Diamond Jubilee window.  The window was installed over the south entrance to the legislature, but when the the library was built, the window was taken out and put in storage where it was forgotten for many years.   It was installed on the foyer off of the rotunda in 1974.   Opposite to it is the Queen Elizabeth Jubilee window, which I would have posted but I did not take a good picture.
Posted by Bernard at 8:32 pm

Where is the 88th Victoria Fusiliers plaque located? I want to visit it.

Where is the 88th Victoria Fusiliers plaque located? I want to visit it.

It is in the main rotunda area at the top of the vice regal entry to the building.